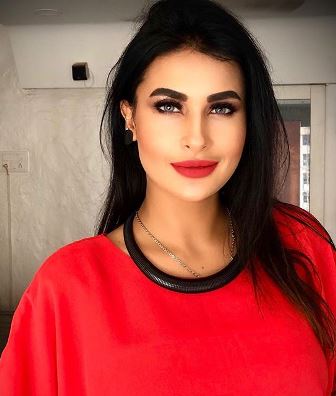 Pavitra Punia is an actress and model who hails from Hisawada, District-Baghpat, UP. She was born on 22 April 1988 and raised in Delhi in the Police Line colony based in Primtampura. She did her schooling from Rohini, New Delhi, while she wanted to be an IPS Officer and even went for its coaching for 1.5 years for the same while taking up her graduation program, but ended up doing her Diploma in Hospitality and Aviation. Later her interest drifted towards acting.

She started her career with the popularity dating reality show called Splitsvilla on MTV in 2009. She emerged as a finalist at the event taking place in Phuket in Thailand. The next year, she got the chance to work in a TV show called Geet – Hui Sabse Parayi wherein she played a cameo role of Dalljiet. This helped her bag a leading lady role in the Star Plus show called Love U Zindagi, opposite the Bigg Boss 13 winner Sidharth Shukla.  She was also seen in a TV reality show Welcome – Baazi Mehmaan Nawazi Ki.

Pavitra Punia debut in Bollywood came with the film Siddhartha – Love, Lust, Peace by Mukul Mishra with also had Mahesh Bhatt, Shazahn Padamsee and Shivam Bhargava. Since then it was no looking back for the actresses, which include Ritz Jeele Yeh Pal, Hongey Judaa Na Hum, MTV Making The Cut 2, Darr Sabko Lagta Hai and Sawaare Sabke Sapne Preeto. She was seen in a negative role in TV shows like Ye Hai Mohabbatein, Kaleerein and Naagin 3. She also played the antagonist role in &TV’s Daayan. Some of her recent TV shows include Box Cricket League 4 as Contestant, Baalveer Returns, Aladdin – Naam Toh Suna Hoga   Timnasa (Guest) and Kuch Smiles Ho Jayein… With Alia. She is gearing to be the part of Bigg Boss 14 as a contestant.