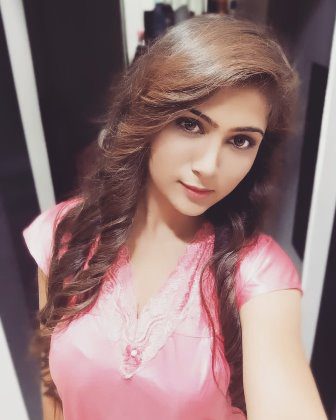 Hiral Radadiya is also born as Zarana Patel is an actress and model who hails from Delhi. She was born on 7th April 1989 and was brought up at the said place. She did her schooling from St Joseph Convent and later completed her graduation from Delhi University and started modeling in her early age. Since then it was not looking back for the diva as she remained the part of many marketing and ad campaigns. She walked on the ramps for different designers and brands and even appeared in commercial and TV ads.

She then headed to Mumbai and continued to work as a model and later got the chance to be the part of a few web series. She made her debut in a web series called Fraud Ishq in 2019. She was even nominated for a couple of awards for the same. She then started getting a couple of web series including Intercoure 2 and then its next season as well. Her role in IC 2 was applauded a lot.

Talking about films, she appeared in the movie called FLiz while also made news for the controversy against the production company when she sent out a legal notice against the production company Neufliks company. She raised the issue of having bold content in the film, which was not discussed in her contract. Later she did a number of other web series including Tharki Boss, Kooku App The Story of Wife, Charamsukh Promotion at Ullu, Palang Todh Sali Aadhi Gharwali and Ikrar to name a few. She is popular on social media and loves to share her bold photos and videos from her shows.