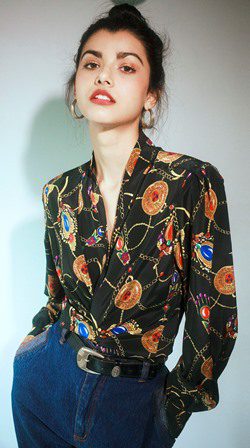 Ayesha Kanga is an actress and model who hails from Shimla Uttrakhand. She was born and brought up in this hill station and later headed to Delhi and to Mumbai once she completed her studies. She was keen on becoming an actress that brought her to Mumbai. However, with her cool looks, she got attracted to modelling, while she also got a decent offer that made her choose this field. She did a number of ad and marketing campaigns apart from seen in various print and commercial ads.

She soon got the chance to act in the film Gumrah – The End of Innocence 2012 aired on Channel V. She was applauded for her role, while soon she got the chance to do TV shows like ‘Judwa Raja’ in the year 2013. The show is based on the Indian adaptation of Disney Hollywood series ‘A Pair of Kings’, where she was seen on the r Disney Channel cameos in the shows like ‘Best of Luck Nikki’, ‘The Suite Life of Karan and Kabir’ (2011-2012), and the poplar National Geographic’s ‘Mega Icons’ (2018) on Hotstar.

While she was in Delhi after her graduation, she headed to Mumbai to study designs for St. Xaviers College, Mumbai and then headed to Ahmedabad in the National Institute of Design (NID). Talking about her personal life, she is single and not dating anyone. Stay tuned to know more about her only with us. If you have anything to share, do comment below and let us know more about the lady.

OK Computer: Is a science-fiction comedy journey in the parallel advanced world