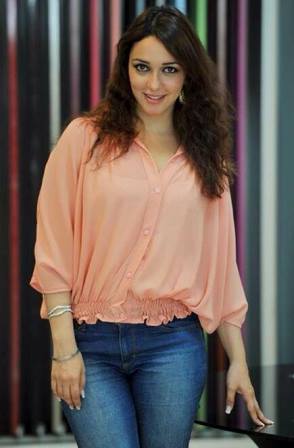 Talking about her career, she was given her first audition at the age of 14, while she did an ad for the oil brand Dhara Refined Oil. Soon she got a couple of other brands including Head & Shoulders, Ayurvedic Concepts (now Himalaya) and Britannia Little Hearts Biscuits. While talking about her debut, she was seen in the film Padam Kumar in the Hindi movie called Supari with Uday Chopra. She was then seen in another film Inteha directed by Vkram Bhat opposite Ashmit Patel.

Talking about her TV debut, she was seen in the show called Hip Hip Hurray, which gave a good recognition on the small screen. She soon then got the chance to work in a Telugu movie known as Sakhiya along with Tarun Kumar. She also did a fashion show called Allen Solly Fashion Show where she worked with Koel Purie. She appeared in the movies included Life Mein Kabhie Kabhiee , Anwar, and ADA…A Way of Life. She was seen in the characters called Kisaan and Kurbaan. She was also seen in Kuch Spice To Make It Meetha in 2012 with the leading actors like Purab Kohli and Kavish Mishra. She will be soon seen in Dev D season 2.

83: The Ranveer Singh Starrer to Hit the Screens in June