Taarak Mehta Ka Ooltah Chashmah has been a popular show on Sab TV. We have seen the show entertaining the audience in a big way. Even the kids in the show under Tappu Sena have grown up working in the TV show. One of these include Nidhi Bhanushali aka Sonu who happens to be the daughter of Mr. and Mrs. Bhide the Ek Meva Secretary of Gokuldham Society. Now, we see the young girl sharing some cool pictures in Bikini as she is seen sizzling in the two piece. 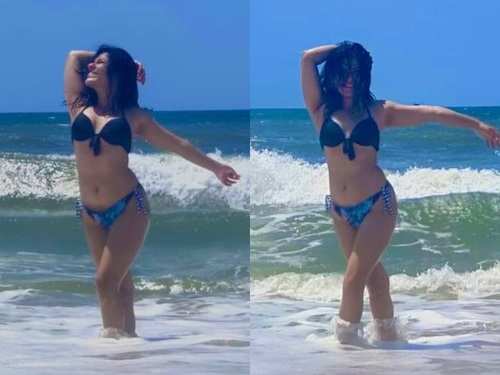 In the video one can see her hanging out in one of the most sizzling jungles, while she was seen having the yellow top along with rocking over dreads where one can see moving along with her strange days to come as one can see Mr. Dog playing it. In the video one can see Nidhi seen in her blue and black bikini as she takes a dip in the water along with starting up to swim. This video is seen showcasing a cute little beagle or call it Jugni she says. She went on to say that happiness comes in the middle of the first and then caption the same. While talking about the same, she is pursuing her graduation in arts from Mumbai University. Stay tuned to know more about her and others only with us. If you have anything to share, do comment and let us know more on it.